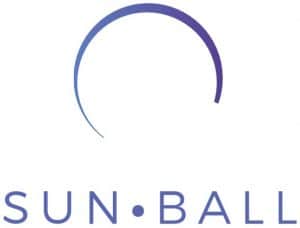 Sunball is an interactive rehabilitation device developed for physiotherapy and occupational therapy using biofeedback and visual feedback. The basis of biofeedback is to provide feedback on movement in real time and in a comprehensive form. Sunball detects the movement by pressure on the ball and the feedback is projected to interactive games or guided therapy. The goal of biofeedback is better awareness and taking more control over body movement. Numerous scientific studies have shown greater effectiveness of rehabilitation using principles of feedback.

Sunball consists of software, Sunball hub with two associated balls and USB dongle for wireless communication. Software contains several interactive games, guided therapy and exercise analysis. In the program, it is possible to add individual users and save data from each therapy, so you can later track points earned in each game, time of exercise, muscle strength and energy expenditure.

It is possible to connect the program with web camera that captures patient/client during actual exercise, which allows more detailed analysis of the position of the body. The program is controlled by two small inflated balls that are connected to Sunball hub. The pressure on ball is sensed by sensors that sends the data to computer, which allows it to control each game. Sensor pressure sensitivity can be modified to regulate therapy difficulty.

Sunball combines physical and mental exercise. It helps to improve muscle strength, better coordination and to develop cognitive functions. Sunball can also be used as a balance plate to train stability. It is simple to operate and can be used with a variety of diagnoses of all ages.

It can be used to cure kids with neurological disorders, post-traumatic conditions, functional disorders of movement systems or attention deficit conditions. By using interactive games, it also motivates kids to rehabilitate and makes it fun. Sunball is also great for seniors because of combining physical activity and cognitive training and helps maintaining and improving physical and mental condition.

Sunball has an enormous potential in neurology because of the biofeedback. It is suitable for patients and clients after spinal cord or brain injury, stroke and other neurological disorders. Many studies point out higher rehabilitation efficiency by using tools and equipment using biofeedback principle. That is because to certain level feedback replaces insufficient information from receptors, whose function was impaired due to a neurological disorder. Biofeedback device provides another afferent input for a patient/client and helps to reactivate damaged centers.

Sunball can also be successfully used in orthopedics and surgery for post-traumatic and postoperative conditions, in sports rehabilitation of functional disorders or psychiatric wards.